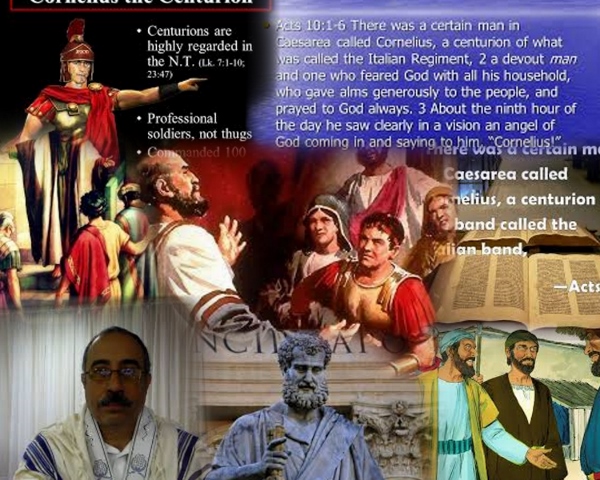 10 There was a certain man in Caesarea called Cornelius, a centurion of the band called the Italian band, 2 A devout man, and one that feared God with all his house, which gave much alms to the people, and prayed to God alway. 3 He saw in a vision evidently about the ninth hour of the day an angel of God coming in to him, and saying unto him, Cornelius. 4 And when he looked on him, he was afraid, and said, What is it, Lord? And he said unto him, Thy prayers and thine alms are come up for a memorial before God. 5 And now send men to Joppa, and call for one Simon, whose surname is Peter:’