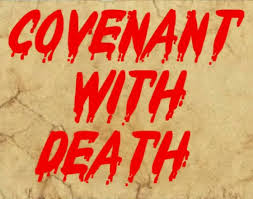 Because ye have said, We have made a covenant with death, and with hell are we at agreement; when the overflowing scourge shall pass through, it shall not come unto us: for we have made lies our refuge, and under falsehood have we hid ourselves:

16Therefore thus saith the Lord GOD, Behold, I lay in Zion for a foundation a stone, a tried stone, a precious corner stone, a sure foundation: he that believeth shall not make haste. 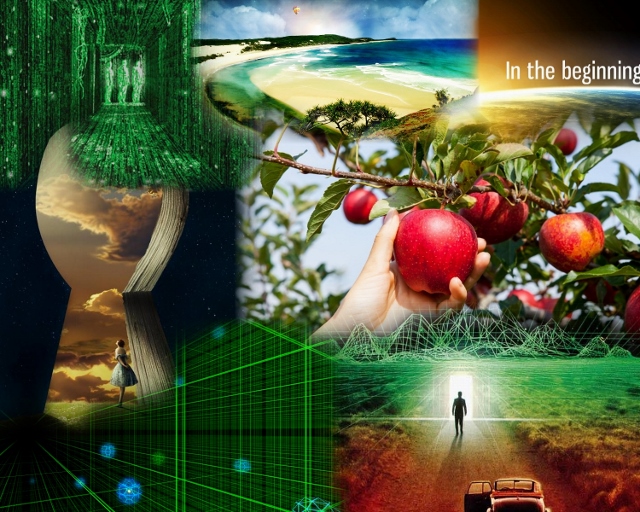 God is Life
God is Light
God is Love 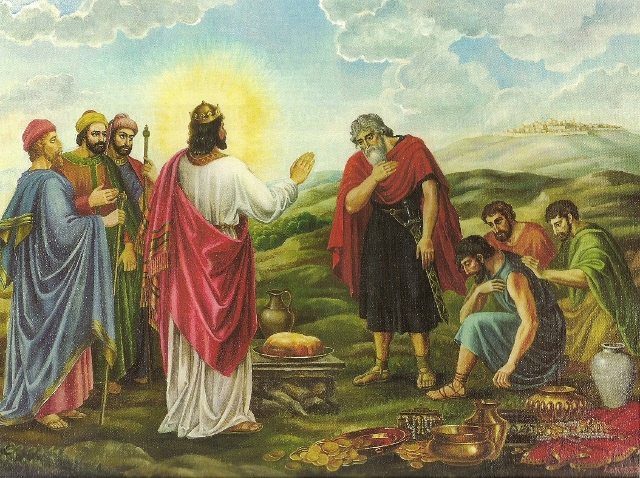 Whither the forerunner is for us entered, even Jesus, made an high priest for ever after the order of Melchisedec.
CHAPTER 7
1 For this Melchisedec, king of Salem, priest of the most high God, who met Abraham returning from the slaughter of the kings, and blessed him; 2 To whom also Abraham gave a tenth part of all; first being by interpretation King of righteousness, and after that also King of Salem, which is, King of peace; 3 Without father, without mother, without descent, having neither beginning of days, nor end of life; but made like unto the Son of God; abideth a priest continually. 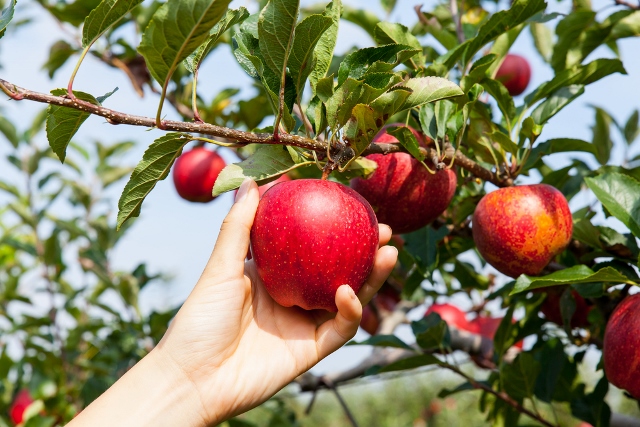 5 For God doth know that in the day ye eat thereof, then your eyes shall be opened, and ye shall be as gods, knowing good and evil.
6 And when the woman saw that the tree was good for food, and that it was pleasant to the eyes, and a tree to be desired to make one wise, she took of the fruit thereof, and did eat, and gave also unto her husband with her; and he did eat. 7 And the eyes of them both were opened, and they knew that they were naked; and they sewed fig leaves together, and made themselves aprons. 8 And they heard the voice of the LORD God walking in the garden in the cool of the day: and Adam and his wife hid themselves from the presence of the LORD God amongst the trees of the garden. 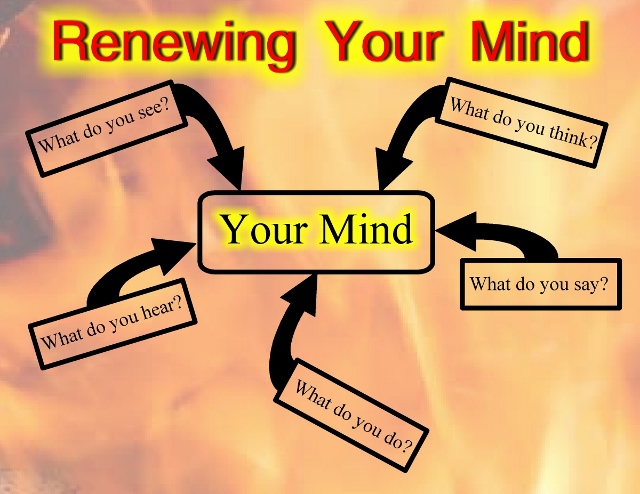 1 I beseech you therefore, brethren, by the mercies of God, that ye present your bodies a living sacrifice, holy, acceptable unto God, which is your reasonable service. 2 And be not conformed to this world: but be ye transformed by the renewing of your mind, that ye may prove what is that good, and acceptable, and perfect, will of God. 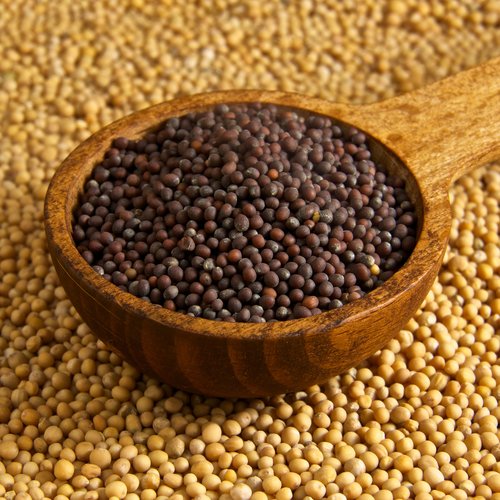 31 Another parable put he forth unto them, saying, The kingdom of heaven is like to a grain of mustard seed, which a man took, and sowed in his field:

32 Which indeed is the least of all seeds: but when it is grown, it is the greatest among herbs, and becometh a tree, so that the birds of the air come and lodge in the branches thereof.

33 Another parable spake he unto them; The kingdom of heaven is like unto leaven, which a woman took, and hid in three measures of meal, till the whole was leavened.

34 All these things spake Jesus unto the multitude in parables; and without a parable spake he not unto them:

35 That it might be fulfilled which was spoken by the prophet, saying, I will open my mouth in parables; I will utter things which have been kept secret from the foundation of the world. 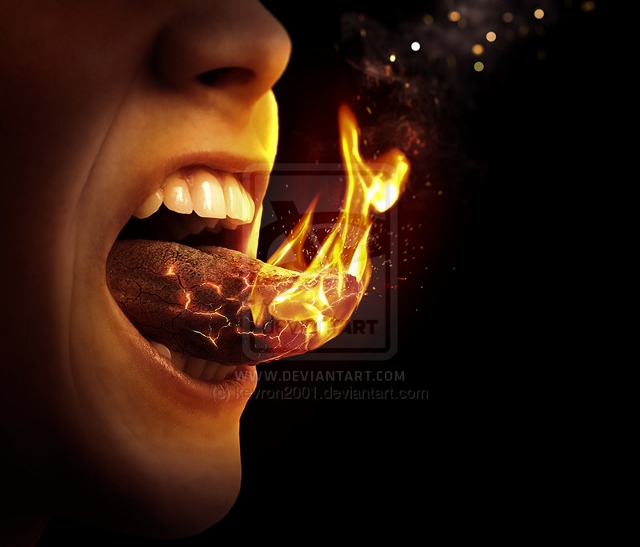 1 My brethren, be not many masters, knowing that we shall receive the greater condemnation.

2 For in many things we offend all. If any man offend not in word, the same is a perfect man, and able also to bridle the whole body.

3 Behold, we put bits in the horses’ mouths, that they may obey us; and we turn about their whole body.

4 Behold also the ships, which though they be so great, and are driven of fierce winds, yet are they turned about with a very small helm, whithersoever the governor listeth.

5 Even so the tongue is a little member, and boasteth great things. Behold, how great a matter a little fire kindleth!

6 And the tongue is a fire, a world of iniquity: so is the tongue among our members, that it defileth the whole body, and setteth on fire the course of nature; and it is set on fire of hell.

7 For every kind of beasts, and of birds, and of serpents, and of things in the sea, is tamed, and hath been tamed of mankind:

8 But the tongue can no man tame; it is an unruly evil, full of deadly poison.

9 Therewith bless we God, even the Father; and therewith curse we men, which are made after the similitude of God.

10 Out of the same mouth proceedeth blessing and cursing. My brethren, these things ought not so to be.

11 Doth a fountain send forth at the same place sweet water and bitter?

12 Can the fig tree, my brethren, bear olive berries? either a vine, figs? so can no fountain both yield salt water and fresh.

13 Who is a wise man and endued with knowledge among you? let him shew out of a good conversation his works with meekness of wisdom.

14 But if ye have bitter envying and strife in your hearts, glory not, and lie not against the truth.

15 This wisdom descendeth not from above, but is earthly, sensual, devilish.

16 For where envying and strife is, there is confusion and every evil work.

17 But the wisdom that is from above is first pure, then peaceable, gentle, and easy to be intreated, full of mercy and good fruits, without partiality, and without hypocrisy.

18 And the fruit of righteousness is sown in peace of them that make peace.